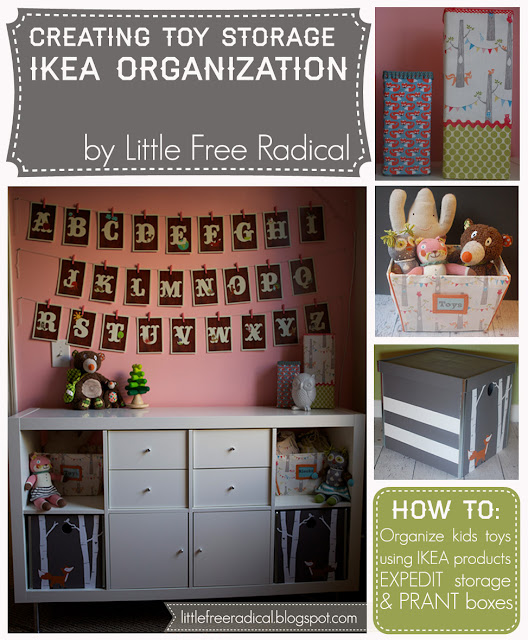 Since I've spent the last week posting DIY projects I did in my daughters room, today, I'm going to show you how I put all these projects together using IKEA's Expedit Bookcase for toy storage! 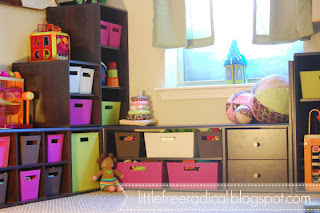 Originally, I had started out using itso cubes from Target (which I had already owned) for toy storage. It worked great, but as a parent in a wheelchair, I had a hard time reaching bins that low on the floor to clean up & get toys.

I tried re-stacking them differently but felt it was too risky to stack the cubes too high in case my 1 year old decided they would be great to climb. Instead, I started from scratch with toy organization.

First, I went through all the toys & resold the ones my daughter had 'outgrown' or had no interest in. Then I had some $$$ to work with to buy something to organize with, and I could see what I had left for toys to work with!

CLICK HERE to read more
Posted by Little Free Radical at 11:38 AM